I had loved this man since grade school and if I had a shot at all at “normal”, he would be the one that could help make me straight. Then, some time after the birth of our first child, an evil Kami came into our marriage and took up residence inside my husband. It was the primal nature of raw anger and when it took over my love’s spirit, there was emotional and mental damage left in its wake.  This Kami was like nothing I had ever experienced and I desperately tried to figure out how to expel it.

One little incident or indiscretion would activate the Kami; and as the form of my husband flew off the handle, I would try to engage and appease it hoping it wouldn’t escalate. I would try to move it into another area of the house, for the sake of the children to take the brunt of the assault. As my husband followed me yelling and screaming, I would look into his eyes. I knew I was in for it when nothing was looking back at me. My love just wasn’t in there.  The Kami would slam me against a wall, clamp down on my wrists to pin me in place, and proceed to scream at the top of its voice. Anger has an evil face and manner. No amount of pleading, yelling, or fighting for freedom could prevent the onslaught of its attack. There were times it would throw me on our marriage bed, land on top of me, and pin down my wrists so I couldn’t escape. Staring into blank eyes, my ears hurting from the force of words, and feeling the weight as his arms stiffened, I waited for the storm to pass. And hoping….

One year, we arrived back to the US from Japan. We were on leave and traveling to New Mexico for a family reunion. We had two children now and decided to stop to rest overnight in Dallas. Something set the Kami off and the next thing I knew, it was brandishing its belt and moving towards our children intent on striking them with it. No matter what happened, I wasn’t about to let that happen. I stepped in between it and my kids to stand my ground. I was committed. I saw the belt begin its swing; but, I caught it by the buckle. This so enraged the Kami that it jerked the belt out of my hand. As it was jerked out of my grasp, my finger got caught up in the metal buckle and we both heard the snap. Like a fiery bolt, pain entered my standoff and I grasped my now broken finger.  I held held it in my other hand and glared into the Kami’s eyes. The Kami had been overtaken by my husbands spirit. He was back. I turned to my children to assure myself that they were in the clear and it was alright for me to stand down. Of course, we headed to the emergency room for treatment. I couldn’t hide this injury.

Now, this is another part of the Kami’s wake. As my husband expressed remorse, I had to figure out what I was going to say to the medical people. If I said anything about what really caused my injury, my husband could be turned in to the military and he would suffer the consequences of the Kami’s actions. I couldn’t do that, my children would suffer for that as well. Again, I would lie and cover it up. It was my duty to do so. After all, he said he wouldn’t do it again, right?

This was pretty much the pattern of our marriage for 9 years. At the last part of the marriage, I felt so confused and tired of the Kami destroying whatever I had left of my self worth. He was transferred to another place without us and we were to follow him later. I took my children and went home to California. I got an apartment where there were people I could socialize with. This place reminded me that life is peaceful without the Kami. I enjoyed the distance and went about life happy.

My children and I were happy and we would visit our neighbors often. One of those neighbors was a divorced woman I grew quite fond of. We played cards and talked while our children played. She helped me regain some sense of self and she made the first move. I needed it and my world opened up, the sun came out and I knew what I had to do.

My husband called me from his new duty station and I told him that I was not going to join him. The children and I were going to stay where we were. Well, guess what? A couple of days later, I heard a knock at my friends door as we were playing cards. It was my father. The Kami had convinced him that my place is with it.   I told dad that I was not going to be with him. The following evening, we went to the local bowling alley to bowl. I had just thrown the ball down the alley and as I turned to walk back to wait for it’s return, there stood my husband in military uniform. I think all the blood drained from my face and I forced myself to move toward him. The jig was up. I was forced to make the move and join him on the east coast. I felt defeated. First attempt to sever ties had failed.

The Kami had behaved itself for a while after we settled in Alexandria, VA.  I was different now. I knew what I wanted and it seemed that the Kami wasn’t going away. The time had come to find my way through this mess. It was during this time, the universe sent me an incentive for change in the form of a woman. Stolen time with her helped me to gain courage and resolve to get away from the Kami I couldn’t clear from my marriage. Husband and I separated and I took the children and established us somewhere else. To pick up another event from here, read “Bearing My War Wounds for Honor.”

I am happy to report that the Kami went away over the years and released its grip from my x husband’s spirit. I truly believe that everything that followed between us was responsible for its eventual release.  The Kami married my x girlfriend, the one that I gathered strength from, and attempted to destroy me again. The Kami manipulated many long distance events over the years; but, I finally severed its energy supply…me.  But, those events I leave for another chapter to write.  I have found my way to forgiveness and I understand.

If you are in a relationship with a Kami, time is of the essence. You will not defeat it until you remove yourself from the situation. I know. I have lived it. I got that T-shirt. I am not a quitter. The choice you make right now will save your life so you may live for another day without all of the fright and pain. No matter what the Kami says, you can’t listen to it. Set money aside, alarm friends with your attention and make a plan for escape. Do it! If you value your lover’s life and yours, do it! 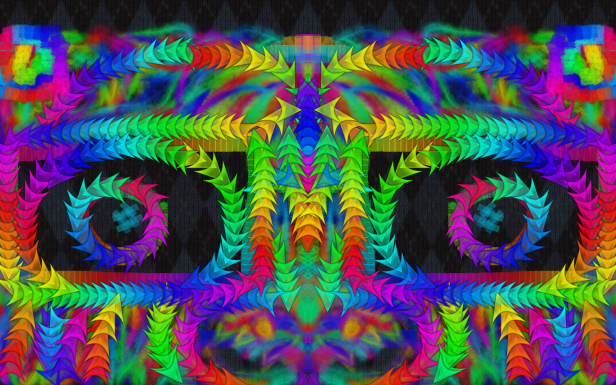